Since 1988, Switzerland has deployed immigration liaison officers (ILOs) to foreign countries. The ILOs’ task is to implement Swiss foreign policy on migration in accordance with the report on cooperation on international migration and the integrated border management strategy (IBM). Currently, ILOs have been posted to 8 Swiss embassies. Some ILOs are responsible for several countries. 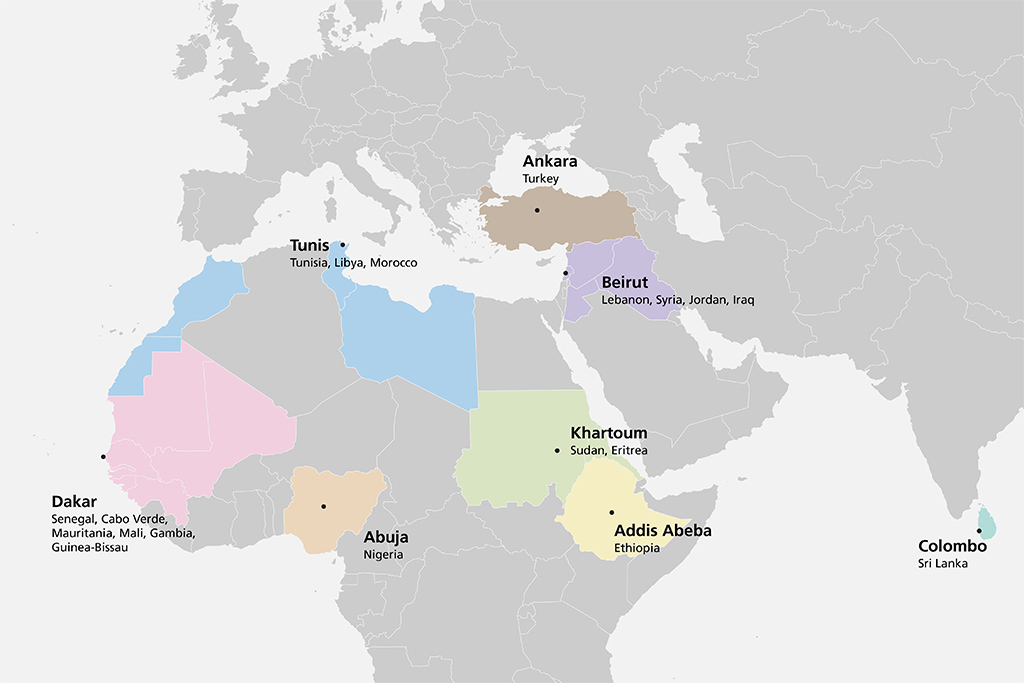 The ILOs play a pivotal role in implementing Swiss foreign policy on migration. They help maintain an effective and efficient policy at four main levels:

With this wide range of tasks, the ILOs are a key component in achieving the objectives of Switzerland’s foreign policy on migration: namely, improving cooperation with the various countries affected by migration, improving the protection given to displaced persons in host countries and reducing irregular migration.

The Swiss ILOs form part of the European network of ILOs that promote cooperation between the EU’s various member and associate states.